Many different animals and birds have been hunted in the wild, but only a few have been raised for their meat. In the ancient civilizations of Egypt, India, China and Greece people raised pigs, sheep, cattle and poultry like chickens and ducks, and all these are still being raised today. Even though much has changed since ancient times, the kinds of meat and poultry we eat today are still mostly the same.

In a modern supermarket we see the same meats, although the cuts may have changed. Today's cuts of beef include topside, spare ribs and steaks like fillet and T-bone steak as well as various cuts of veal. We also see legs of lamb and lamb chops as well as mutton from older sheep. Many cuts of pork are also seen, including legs of pork, pork chops and pork spare ribs as well as cured pig meats like bacon and ham. Meats of all kinds are diced for making dishes like stew or minced to make sausages, meat pies and hamburger patties.

Rabbit and goat meat is also eaten in many places, as are various kinds of offal like liver, kidney, heart, tripe and brains. Offal and meats like ox tongue, sheep's head and pig's feet or "trotters" are often eaten by people who can't afford more expensive meats, or in places where every edible part of a slaughtered animal is cooked and eaten. In ancient times people also hunted game like wild boar, deer, quail and pheasant, and all these meats are also eaten today, especially in expensive restaurants.

Birds kept as poultry include chickens, ducks, geese and turkeys. Whole birds can be boiled or roasted, or they can be cut into pieces before being cooked. When eating fried chicken, for example, we can eat pieces of breast or wings or drumsticks. Eggs from poultry are also an important type of food, with chicken eggs being the most popular. When shopping, you can choose to buy free-range poultry or free-range eggs if you don't like factory farming in which birds are kept in small cages and never allowed to range freely in the outside world. 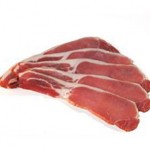 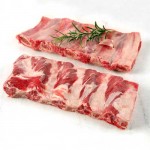 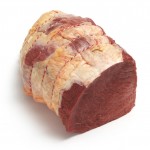 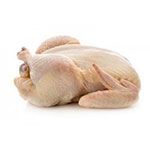 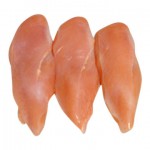 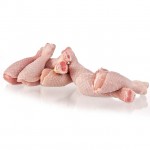 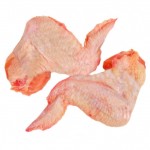 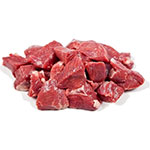 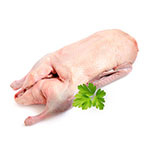 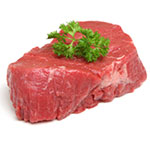 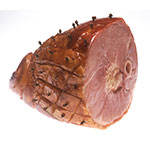 ham on the bone or honey glazed ham 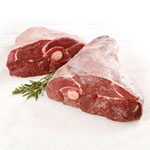 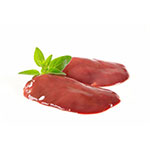 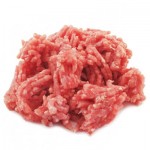 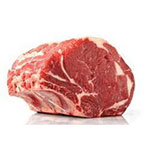 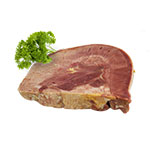 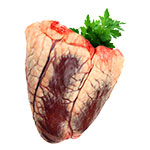 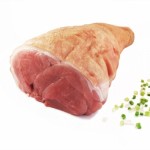 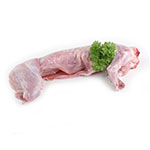 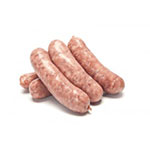 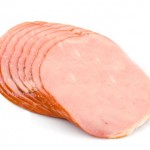 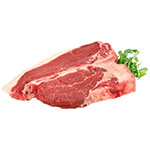 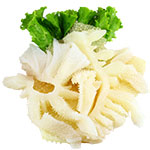 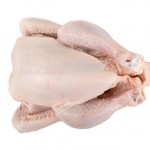 bacon (noun): meat from the back or sides of a pig that's cured and sliced - We had bacon and eggs every morning when I was a kid.

beef (noun): meat from a cow, bull or ox - We're having roast beef and vegetables for dinner.

breast (noun): meat from the front of a bird - Who'd like another piece of chicken breast?

chop (noun): a small cut of meat, usually lamb or pork, from near the ribs - Could you get some pork chops from the supermarket, please?

cure (verb): to preserve meat by smoking, salting or drying - Ham and bacon can be cured by salting or smoking.

cut (noun): a piece of meat cut from a certain part of an animal - That butcher on High Street has the best cuts of beef.

free-range (adjective): (of poultry) free to live naturally outside instead of being kept inside a farm building - Make sure you get free-range eggs.

mince (verb): to cut meat into tiny pieces, often with a machine called a mincer - If you get some minced beef I'll make hamburgers for dinner.

mutton (noun): meat from an adult sheep - David thinks they put mutton in the curry instead of lamb.

offal (noun): organs from an animal or bird eaten as food, like liver, heart and kidney - In the past everyone ate offal, but I've never tried it.

pork (noun): meat from a pig - Do you know which religions forbid the eating of pork?

poultry (noun): 1. birds kept for their meat or eggs 2. meat from these birds - We serve meat, fish and poultry, all with salad or vegetables.

sausage (noun): minced meat in a long tube of skin, usually fried - How many sausages are you taking to the barbecue?

slaughter (verb): to kill an animal for its meat - Have you ever seen animals being slaughtered in a slaughterhouse?

steak (noun): a thick slice of high-quality beef - I don't think steak and chips is a very healthy dinner for kids.

tripe (noun): the stomach of a sheep or cow eaten as food - My uncle likes tripe, but I think it's awful.

veal (noun): meat from a calf or young cow - I'll have the veal with garden vegetables, please.