Twenty common words used to describe parts of an airplane. You can download this image as an A4/A3 wall poster from our free ESL posters page. 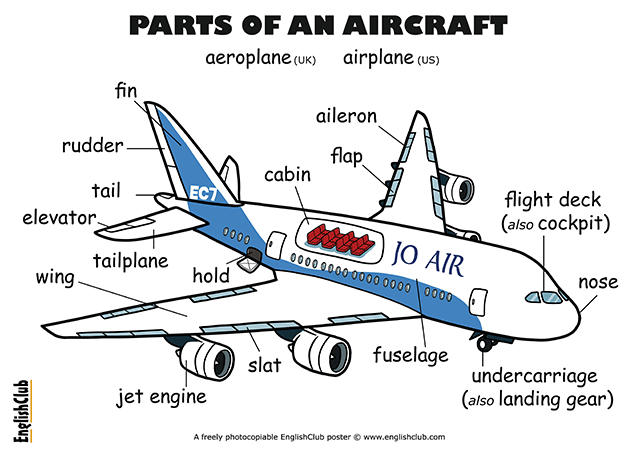 Below, you see the words used in example sentences