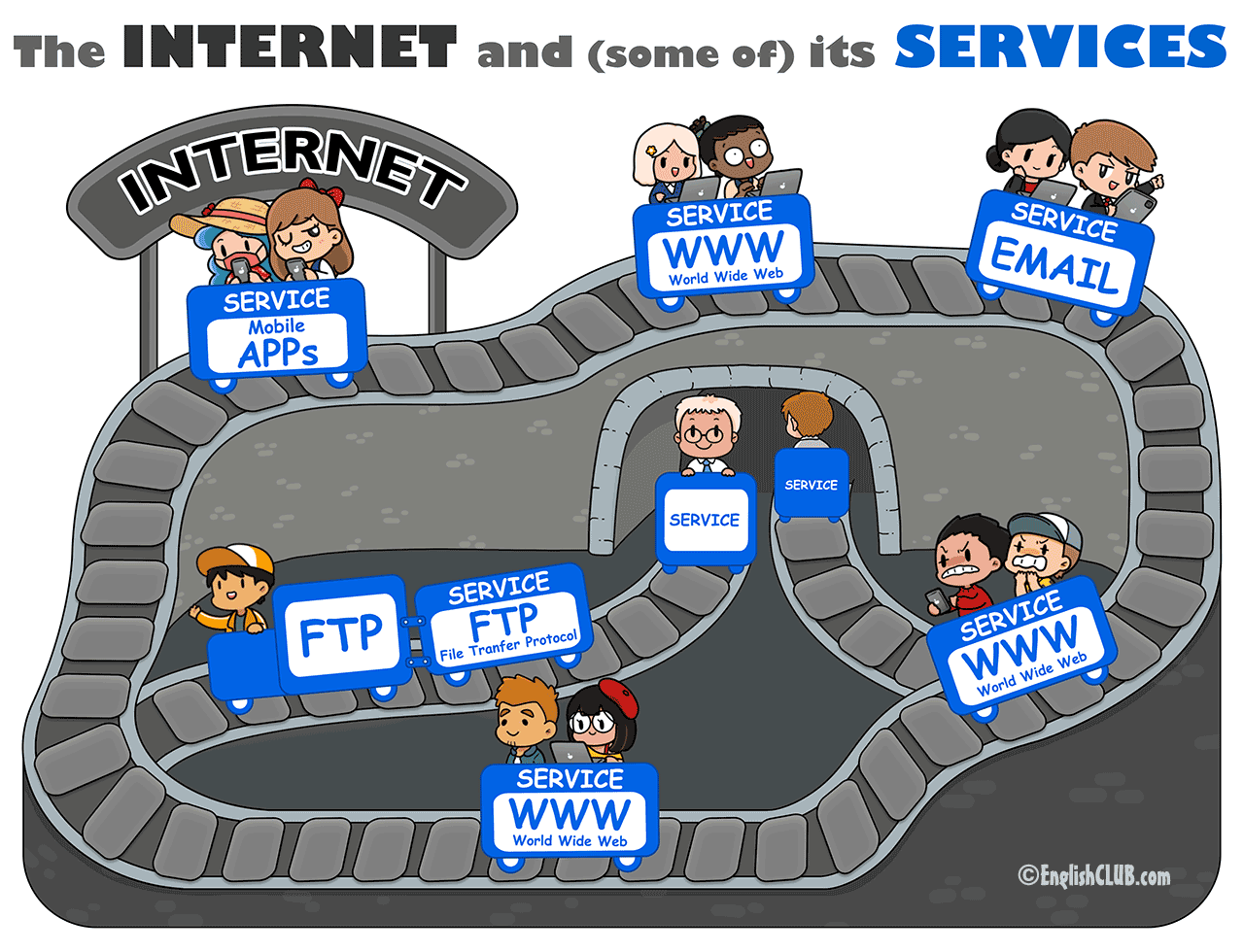 In simple terms, the Internet is the physical infrastructure on which services like the Web run. The Web may be the biggest service running on the Internet, but there are other important services, such as email, FTP and mobile apps.

the Internet, Internet, internet (noun): a vast global network of computers, servers and other electronic devices connected underground, overground, undersea and through space by wires, cables, radio and satellite. - The project to create the Internet began in the 1960s, long before the World Wide Web came into being.

the World Wide Web, WWW, the Web, the web (noun): an information service on the Internet accessible to users through browsers using a standard hyper-text transfer protocol (HTTP) that allows websites and webpages to link to each other and transport visitors around the web. - Is it true that the World Wide Web contains more information than all the books in all the libraries in the whole world?

The Englishman Tim Berners-Lee is credited with being the inventor of the World Wide Web.

The original idea of the web was that it should be a collaborative space where you can communicate through sharing information.Tim Berners-Lee

email (noun): a global communications service on the Internet accessible to users through email sofware and through browsers using a standard address system based on username@domainname that allows near-instantaneous delivery of messages. - People used to claim that email would be replaced by social media messaging, but it's going stronger than ever.