This page looks at the vocabulary of Action Movies through their history, people and styles. (Words in bold are listed in Wordchecker below.) 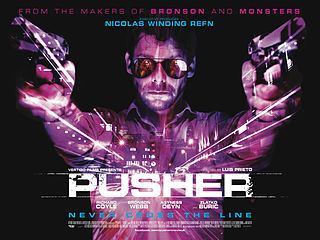 If you love movies with lots of high-speed car chases, martial arts fights, gun battles and big explosions, you're a fan of action movies. This genre includes superhero movies like the Batman and X-Men movies, spy movies like the James Bond and Mission Impossible movies, martial arts movies like Japanese samurai films and Chinese kung fu movies, and action-packed thrillers like the Fast and Furious films and the Mad Max movies. The most successful action movies are usually from major Hollywood studios like Universal Pictures, 20th Century Fox and Sony Pictures. These are the movies with the biggest budgets, the most famous actors, the most expensive special effects and the most spectacular action scenes. Millions of action movie fans all over the world flock to see them as soon as they're released.

To create these special effects and spectacular action scenes, directors use computer-generated images, or CGI. When we see a superhero like Spider-Man swinging from building to building, or we see an entire city collapsing and burning, we're probably watching scenes created with CGI. Before the invention of CGI, directors had to film real explosions and fires created by experts in pyrotechnics, and they had to use specially-trained actors to perform dangerous stunts like jumping from moving trains and falling off speeding motorbikes. While these older techniques are sometimes still used, most of the special effects and stunts we see nowadays are created with CGI.

Action movies are usually about a conflict between a hero or a group of heroes and one or more villains. In the Batman movies, for example, Batman's the hero and he's always in conflict with a criminal who's the villain. We see them trying to defeat one another in exciting action scenes, but we also see other scenes that build up to and follow on from these scenes. Movies like these almost always reach a climax near the end in which the hero and the villain meet for a final battle. This climax usually includes some of the movie's most spectacular scenes and special effects.

Since the invention of CGI, more and more action films have been based on comic-book superheroes like Superman, Batman and The X-Men. Before CGI, directors found it difficult to create realistic scenes of superheroes using their superhuman powers, but with CGI they can make it look like Superman really is flying between buildings and crashing through walls. Big-budget action movies like these are often followed by a sequel in which the same hero faces new enemies, or faces an archenemy they've been in conflict with for a long time. If a movie has many sequels, they form a series like the X-Men series.

Not all action movies feature heroes and villains. Some feature anti-heroes like Rambo and Mad Max who face terrible dangers and will do whatever they have to do to survive. Anti-heroes don't have all the good qualities of a hero like James Bond, but we still enjoy watching them face these dangers and battle against others who are also trying to survive. Most action movie fans don't care if the main character is a hero or an anti-hero. If the story is good, the special effects are amazing and the action scenes are exciting, fans will leave the cinema satisfied.

anti-hero (noun): a central character without the qualities of a typical hero - If I need an actor to play an anti-hero, I'll get Tom Hardy.

big-budget (adjective): well-funded, with lots of money for production - My son loves those big-budget Hollywood movies.

CGI (noun): computer-generated imagery used in film and TV production - Those old movies were made without CGI, you know.

climax (noun): the moment when something reaches its greatest intensity - She finally defeats her enemy in the climax near the end.

conflict (noun): a serious disagreement between people or groups - The story's about a conflict between two street gangs.

hero (female: heroine) (noun): a main character with good or "heroic" qualities - Brad's the hero and Angelina's the heroine.

kung fu (noun): Chinese martial art in which hands and feet are used as weapons - Was Bruce Lee a kung fu champion in real life?

martial art (noun): an Asian style of fighting such as judo, karate, kung fu and taekwondo - I only like the fight scenes in martial arts films.

samurai (noun): traditional Japanese warrior who worked as a guard or a soldier - Those samurai swords are incredibly sharp.

sequel (noun): a book or movie that continues the story of an earlier one - If a film's successful, they usually make a sequel.

series (noun): a set of books, films or TV shows with the same main characters - How many movies are there in the James Bond series?

spy movie (noun): a movie about secret agents and espionage - Those Mission Impossible films are spy movies, aren't they?

star (verb): to be the main actor or actress in a movie or TV show - It's an action film starring Hugh Jackman and Jennifer Lawrence.

stunt (noun): a dangerous act performed by a highly-trained stuntman or stuntwoman - If you try doing these stunts at home, you'll hurt yourself.

superhero (noun): a hero in comic books, movies, etc with special powers who does good in the world - My favourite superhero is Superman.

thriller (noun): a book or film that tells an exciting story with lots of action and suspense - Drive is an exciting, action-packed thriller.

villain (noun): the most important bad or evil character in a story - Anthony Hopkins is great at playing villains.