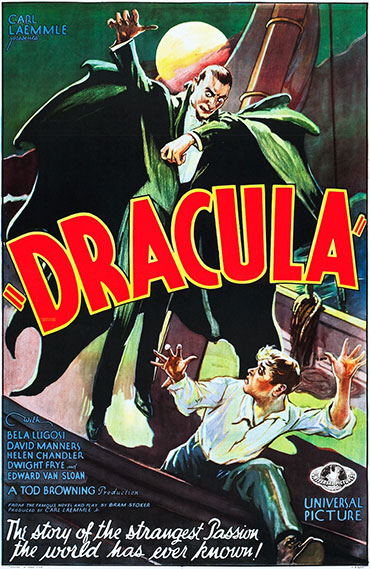 Movies can be divided into several different genres. There are exciting action movies with gun fights and car chases, and horror movies that make us jump in our seats. There are comedies that make us laugh, and dramas that make us cry. Sci-fi movies show us what the future might be like, historical films tell us stories from the past, and documentaries show us real people and events.

The list below includes some basic vocabulary for talking and reading about your favourite movies, directors and movie stars.

cast (noun): all the actors and actresses in a movie or TV show - It had a good cast, but the story wasn't very interesting.

character (noun): one of the people in a story - Harry likes movies with lots of interesting and unusual characters.

cinema (noun): a place where movies are shown on a big screen - Let's meet in front of the cinema just before the movie starts.

comedy (noun): a film with lots of funny scenes - Let's see a comedy and have a good laugh.

director (noun): the person in charge of making a movie - The director gets really angry when actors forget their lines.

documentary (noun): a film that's about real people, events or issues - How can you eat junk food after seeing that documentary Super Size Me?

family movie (noun): a movie that both children and adults can enjoy - Which entertainment company made the family movies Cinderella and 101 Dalmatians?

film (noun): another word for "movie" (also "motion picture") - This year's Academy Award for Best Picture was won by a British film.

genre (noun): a kind or style of music, movie, TV show, painting, etc. - For film class we had to compare movies from two different genres, such as comedy and horror.

horror movie (noun): a movie that frightens and shocks people - If you love horror movies, you've got to see Fright Night.

plot (noun): the series of events that form the main story - It was a good film, but the plot was difficult to follow at times.

scene (noun): a small part of a film - The opening scene showed a young man leaving prison and walking to a bus stop.

sci-fi (or "science fiction") (noun): a genre with stories set in the future or in outer space - Have you seen that sci-fi film Interstellar yet?

screen (noun): the flat surface that a movie is projected onto - Do you like sitting at the back, or close to the screen?