This page looks at the vocabulary of Rock Music through its history, people and songs. For other genres see Popular Music Genres. 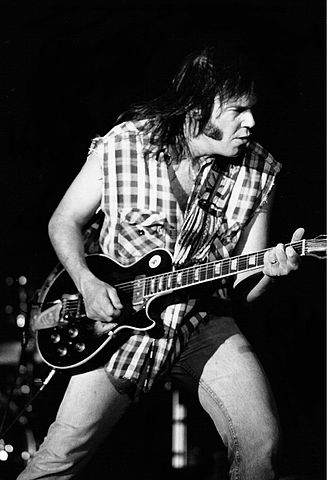 By 1960, rock and roll was losing both record sales and artists. Elvis Presley was in the army, Little Richard had quit rock and roll, and Buddy Holly and Ritchie Valens had died in a plane crash. But many young people were still listening to their rock and roll records, and some began exploring the music's origins. Young musicians bought blues and R&B records, studied the music, and soon learned to play it. Before long, they were combining these older styles with rock and roll to create a new genre called "rock music" or "rock".

During the early 60s, two main styles of rock music developed in England. In London, young musicians were taught how to play R&B by older musicians in bands like Blues Incorporated and the Bluesbreakers. They taught the Rolling Stones' guitarist Keith Richards and Cream's Eric Clapton. They also taught Jimmy Page, who played lead guitar in the Yardbirds and then Led Zeppelin.

The style these musicians developed was much closer to R&B than that of England's other new style, called "Merseybeat". This style combined rock and roll beats with catchy melodies and vocal harmonies. The most successful Merseybeat band was the Beatles, who formed in 1960. After spending three years playing in small clubs in Liverpool and Germany, they met their record producer George Martin and recorded songs that went to the top of the UK charts like I Want to Hold Your Hand and She Loves You. The Beatles then toured the USA, and by April 1964 their songs held the top five spots on the US singles chart. Their success led to what's called the "British Invasion" when dozens of other British bands toured America, like the Who, the Kinks and the Rolling Stones.

Video: The Beatles performing their 1963 single I Saw Her Standing There

While British rock music was developing in the early 60s, a style called "surf music" was developing in Los Angeles. American-Lebanese guitarist Dick Dale was creating an exciting new style of instrumental rock by mixing Middle-Eastern music with rock and roll. He used reverb to create a guitar sound that was also used by the Beach Boys, surf music's most successful band. The Beach Boys sang complex vocal harmonies in melodic songs like Barbara Ann and California Girls, but their biggest hit was Good Vibrations, a psychedelic rock song they released in 1966.

Surf music was very popular until the British Invasion in 1964. Once the Beatles had taken over the US charts and become the world's most popular band, they began changing the history of popular music. With the songwriting skills of John Lennon and Paul McCartney, together with George Martin's creative recording techniques, they began creating new forms of rock music that amazed musicians and music fans alike. They met folk musicians like Bob Dylan and began writing songs about social and political topics instead of teenage romance. They began listening to Indian music and using Eastern scales and instruments. They also used drugs like marijuana and the psychedelic drug LSD. They believed this made them more creative, and the style of music they were producing was soon being called "psychedelic rock".

The Beatles' experimentation and creative freedom led other bands to experiment in various ways as well. British bands like Pink Floyd and Cream began improvising on stage, and this jazz-like freedom was what a young American guitarist named Jimi Hendrix was looking for as well. While working in R&B bands around New York, his guitar playing was limited to traditional R&B riffs, but Jimi wanted to do more. He'd developed a brilliant blues-based guitar technique that involved the use of feedback and the wah-wah pedal, and he'd written powerful rock songs in which to use it. He couldn't find R&B musicians in New York who wanted to play his style of music, but after hearing British bands like Cream he knew where to find them. After arriving in London in late 1966, he soon found a bass player and drummer and formed The Jimi Hendrix Experience. After releasing the singles Hey Joe and Purple Haze, Jimi and his band went to the USA and performed at the 1967 Monterey Pop Festival. They played a wonderful set that amazed the audience, and Jimi's future success was assured.

Many other important rock artists also performed at Monterey, including Jefferson Airplane, the Byrds, Buffalo Springfield and Janis Joplin, one of rock's greatest singers. Elsewhere in California avant-garde musicians Frank Zappa and Captain Beefheart were creating some of the strangest rock music ever heard, while the Doors were playing a powerful blues-based style of psychedelic rock that found instant success when their 1967 single Light My Fire reached the top of the music charts. But psychedelic rock's time was coming to an end, and when the Beatles disbanded in 1970 and Jimi Hendrix, Janis Joplin and the Doors' singer Jim Morrison all died within a few months of each other, one of the greatest eras of rock music was over.

During the late 1960s, a new genre known as "hard rock" was developing. In the US city of Detroit, the Stooges and MC5 were creating some of the hardest, loudest and roughest rock music ever made. They didn't sell many records, but their music had a huge influence on later styles of rock. A hard rock band that did sell lots of records was the British group Led Zeppelin, who had seven consecutive number-one albums during the 70s. Other hard rock bands included Deep Purple, Guns and Roses, Aerosmith and AC/DC. A sub-genre of hard rock called "boogie" became popular in the early 70s. Its driving R&B rhythms were great to dance to, and some of the best boogie was played by Canned Heat and Suzi Quatro in the USA, Status Quo and Gary Glitter in the UK, and the Coloured Balls and Carson in Australia.

British band Black Sabbath created another sub-genre of hard rock called "heavy metal", with hard-rock guitar riffs and power chords over rolling drumbeats and a very heavy bass sound. Singer Ozzy Osbourne's vocals, often about dark topics like violence, war and death, were screamed over the music's thick wall of sound. Heavy metal is still popular today, and its fans, nearly all of whom are boys and young men, love nodding and punching their fists into the air to the beat of the music. Later heavy metal bands included British bands Judas Priest, Iron Maiden and Motorhead, and American bands Motley Crue, Metallica and Megadeath. Dozens of sub-genres like "thrash metal" and "death metal" have also developed more recently.

The history of rock includes several periods when the music began to lose its original energy and rebellious spirit. In the early 1970s, most mainstream rock was dull and predictable, but glam rock artists like David Bowie, T-Rex, Roxy Music and Queen kept the spirit of rock music alive, as did Canadian rocker Neil Young. Interesting music was also being made in Germany by bands like Can, Neu! and electronic music pioneers Kraftwerk. But most of the rock music on mainstream radio was neither exciting nor interesting. Rock needed revitalizing, and this happened in the mid-70s when many young people were unemployed, bored and angry at the world.

Some of them began expressing their anger by playing short, fast, noisy rock songs with titles like Blank Generation and No Future. The genre they were creating was soon being called "punk rock" or "punk". The earliest form of punk rock was created in New York by artists like Television and the punk poet Patti Smith, who were greatly inspired by earlier New York avant-garde rock band the Velvet Underground. In 1975, another punk scene developed in the UK when bands like the Sex Pistols formed. The members of the Sex Pistols had spiky hair, torn clothes and bad teeth, and their music was loud and messy, but when their album went to the top of the UK music charts, rock music was reborn. Other popular punk bands included the Damned and the Clash in the UK and the Saints and the Birthday Party in Australia.

New post-punk bands soon formed that mixed punk's energy with elements of reggae music and funk, and the most popular of these included the Cure, the Police, Blondie and Talking Heads. In the 1980s, a new style inspired by the spirit of punk developed called alternative rock. The most successful alternative bands included The Smiths and The Stone Roses in the UK and REM and The Red Hot Chili Peppers in the USA. In the 1990s, a new style of alternative rock called "grunge" was created by American bands Nirvana and Pearl Jam, while in the UK Britpop bands like Oasis and Blur topped the music charts. Later alternative rock artists include Radiohead, P.J. Harvey, and Nick Cave and the Bad Seeds.

Some of the best rock albums

feedback (noun): a high-pitched noise made when a microphone is close to a loudspeaker - How do you control feedback and make it fit the music?

instrumental (adjective): played on instruments, without vocals - There's a long instrumental section in the middle of the song.

lead guitar (noun): a guitar on which melodic lines and solos are played - Who's playing lead guitar in your new band?

mainstream (adjective): normal and preferred by most people - Our gallery shows mainstream as well as avant-garde painters.

post-punk (adjective): of a style that developed from punk rock - Have you got any music by the post-punk band Joy Division?

power chord (noun): a basic chord that can add power to music - The Kinks used lots of power chords in their song You Really Got Me.

producer (noun): someone who oversees the recording of music - Who was the producer on Nirvana's first album?

psychedelic (adjective): related to powerful drugs like LSD - Lots of bands used psychedelic designs on their album covers in the 60s.

reggae music (noun): a genre of music that developed in Jamaica in the 1960s - If you want to hear reggae music, try Bob Marley and the Wailers.

reverb (noun): an electronic sound effect similar to an echo - They used lots of reverb on those early Beach Boys songs.

set (noun): a group of songs performed one after the other - How many songs were in the band's first set?

tour (verb): to perform concerts in a series of cities or countries - The Rolling Stones are touring Europe later this year.

wah-wah pedal (noun): a pedal pushed with the foot to electronically change a guitar sound - Listen to Shaft by Isaac Hayes if you want to hear what a wah-wah pedal sounds like.