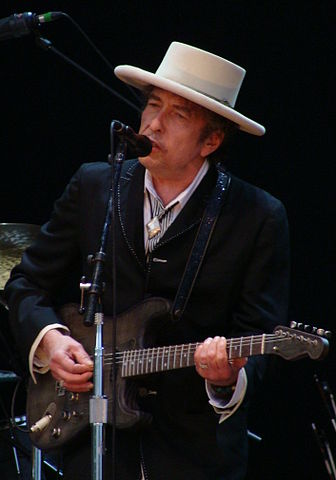 People all over the world love listening to music. They love going to concerts to hear live music, and they love listening to recordings of their favourite artists. If you love music too, and you'd like to read about music and learn lots of music vocabulary, this section of EnglishClub is for you.

Some people love listening to the melodies and lyrics of pop music, and others love moving to the beat of dance music. Some prefer the beautiful harmonies of classical music, and others like the complex rhythms of jazz or the power and excitement of rock music. There are those who like the strong beats and lyrics of hip hop, or the music of other genres like country music, folk music and Latin music.

The many genres of music can be divided into three main types:

Of these three types, it's popular music that most people like and listen to, and it's this type of music we focus on here. On these pages, you can read about the history of popular music, learn about its main genres, and find out about some of its most important artists.

including Blues, Jazz, Rhythm and Blues, Rock and Roll, and...

Basic words we use to talk about music, melody and rhythm

beat (noun): the regular pulse in music that dancers move to and audiences clap to - Dance music always has a strong beat.

country music (noun): a genre of American music with origins in the rural folk music of Europe - Many people were surprised when Ray Charles began singing country music.

folk music (noun): traditional music from a particular region or country - Did you hear any traditional folk music while you were in China?

genre (noun): a kind or style of music, movie, TV show, painting, etc. - In music classes at school, the only genres we studied were classical music and jazz.

harmony (noun): the combining of musical notes that sound good when played or sung together - If singers don't sing in harmony, it can sound terrible.

hip hop (also "rap") (noun): a musical genre in which artists rap over beats and sampled sounds - When my girlfriend wants to listen to hip hop, she always puts on Jay-Z or Kanye West.

jazz (noun): a genre in which artists improvise within a rhythmic and harmonic framework - If you want to hear great jazz, listen to the recordings of John Coltrane and Miles Davis.

Latin music (noun): a genre of popular music in Latin America and Spain that has complex rhythms - I hadn't heard much Latin music until I visited Mexico and South America

live (adjective): played at a concert in front of an audience - You don't hear live music in dance clubs anymore, only recorded music.

lyrics (noun): the words of a song - If you don't listen to the lyrics, you won't know what a song is about.

melody (noun): a tune, or the notes of a song - Can you whistle the melody of the song that begins with "Happy birthday to you"?

pop music (noun): a popular music genre with short, melodic songs that are easy to remember - My uncle's nearly 60, but he still likes listening to pop music.

popular music (noun): music that many people like and buy, like rock music and heavy metal, hip hop and rap, pop songs, etc. - Our music teacher knows lots about classical music, but nothing about popular music.

recording (noun): a piece of music that's recorded in a studio or at a concert - Recordings used to be made on tape recorders, but they're usually digital now.

rhythm (noun): a pattern of beats and sounds that musicians play in time to and dancers move to - The rhythms of African music are much more complex than those of European music.