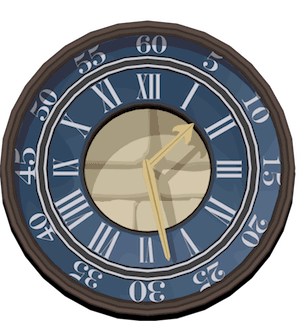 The numbers that we normally use (1, 2, 3 etc) are called "Arabic numerals". But we sometimes use another system for writing numbers - "Roman numerals". The Romans used letters of the alphabet to represent numbers, and you will occasionally see this system used for page numbers, clock faces, dates of movies etc.

The letters used in Roman numerals are:

We can use upper-case letters (capitals) or lower-case letters (small letters) when writing Roman numerals. So the following numbers are exactly the same: XVIII = xviii = 18

Look at these examples of Roman numerals in use:

Significant numbers from one to a thousand