This page covers the vocabulary of the 2018 FIFA World Cup in Russia by looking at its background, venues, qualifying teams and matches.

The 21st FIFA World Cup is being held in Russia from June 14 to July 15, 2018. This is the first time the World Cup has been held in Russia, although it's been held in many other European countries in the past. The last time was when Germany hosted the 18th FIFA World Cup in 2006. Italy won its fourth World Cup that year, while Spain won its first World Cup at the next tournament in South Africa in 2010. Brazil then hosted the 20th FIFA World Cup in 2014. Brazil was hoping to win a record-breaking sixth World Cup, but the team suffered a shocking 7-1 defeat to Germany in their semi-final match and didn't even reach the final. Germany then went on to win their fourth World Cup by defeating Argentina in the final. Even though the Russian team will be trying their best to win the World Cup for all their passionate fans, football experts say their chances of winning this time are very small. Most are predicting that the winners will be either Germany, Brazil, France or Spain.

In 2010, FIFA announced that Russia had won the right to host the 2018 World Cup. They'd defeated bids by Portugal, Spain, Belgium, the Netherlands and England. The English Football Association accused the Russians of bribing FIFA officials to vote for the Russian bid, but an official investigation in 2014 found no evidence of bribery by the Russians. After being cleared of these accusations, Russia could begin work on their preparations. They built training camps, or base camps, for the 32 national teams that had qualified. They also built or renovated twelve stadiums in which the tournament's 64 matches would be held. The biggest is Moscow's Luzhniki Stadium where seven matches are scheduled to be held, including the opening match on June 14 and the World Cup Final on July 15. Others include Spartak Stadium, also in Moscow, and stadiums in these ten additional Russian cities: 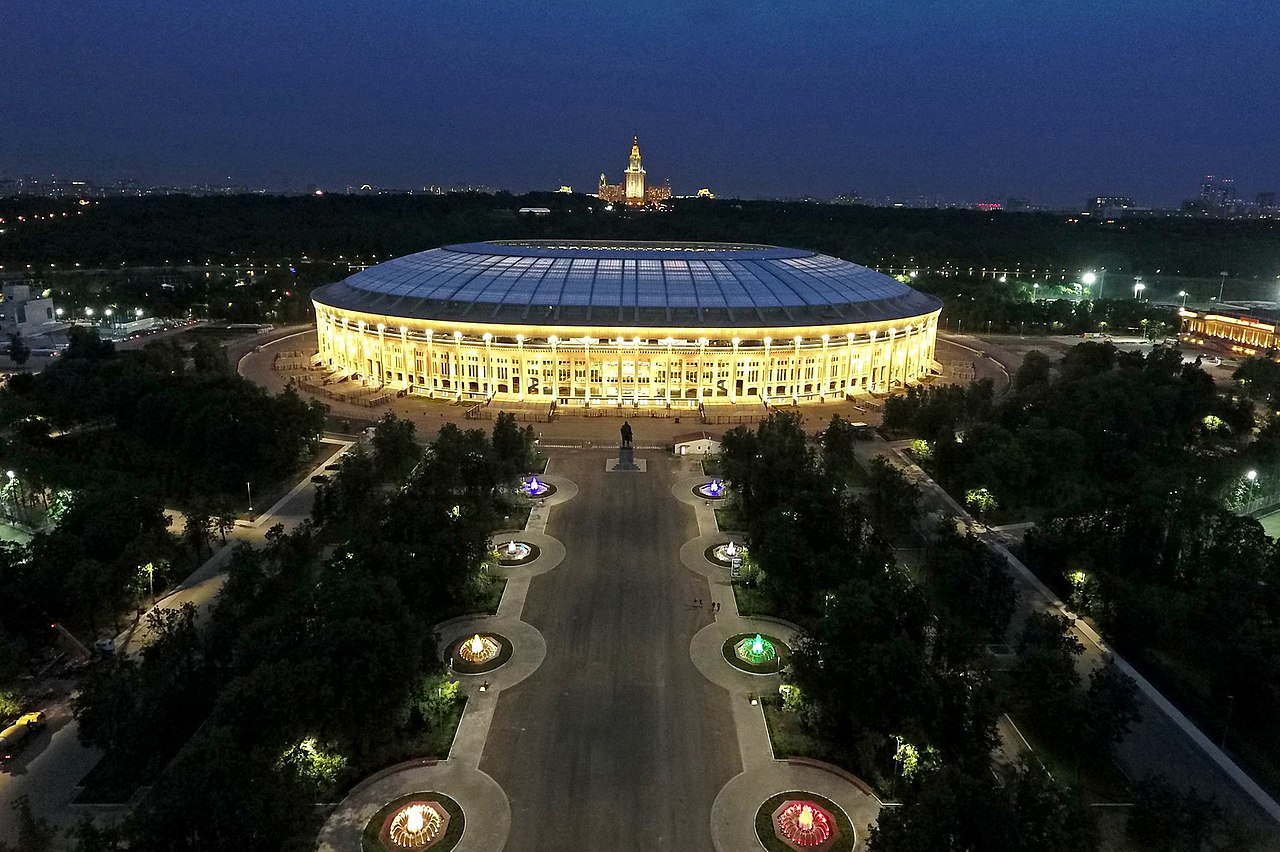 The national teams of 210 countries competed to qualify for one of 32 places available in the 2018 World Cup finals. Host nations always get in automatically so the Russian team didn't have to qualify, but the other teams had to earn a place by competing against all the other countries in their region. There were six regional qualification tournaments held between 2015 and 2017 for countries in Europe, Africa, Asia, Oceania, North and Central America, and South America. Most of the countries that were expected to qualify did so, but there were some big surprises. Four-time World Cup winners Italy didn't qualify, and nor did three-time runners-up the Netherlands. Many people were also surprised when Cameroon, Chile, Ghana, Ivory Coast and the USA failed to qualify. Meanwhile, the people of Iceland and Panama were very excited to see their own teams progress through their qualifying tournaments and make it into the World Cup finals for the first time.

The official mascot of the 2018 FIFA World Cup is a wolf called Zabivaka which means "the scorer". Even though Zabivaka was competing against many others, he became the official mascot by getting the most votes from members of the general public. He was created by graphic design student Ekaterina Bocharova who said Zabivaka is "fluffy and has kind eyes" like her own pet dog. In the past mascots were usually chosen by FIFA-appointed committees, but this time the organizers decided a democratic vote would be best as they wanted to make sure the most popular mascot was chosen. 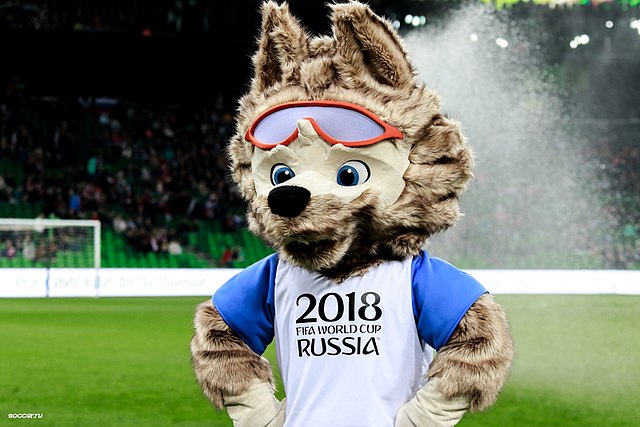 FIFA sold the rights to broadcast the 2018 World Cup tournament to media companies all over the world. In some countries matches are being broadcast on free-to-air TV, while in other countries media companies are charging people money to watch the matches on cable TV or via streaming apps on mobile phones, tablets, game consoles, etc. But however they're watching, huge numbers of people from all over the world will be enjoying the same spectacle and experiencing similar feelings like suspense, excitement, shock or joy at exactly the same moment, making the World Cup one of 2018's most unifying global events.

accuse (v): to say someone has done something wrong or something bad - How many students were accused of cheating in the exam?

bid (n): an offer to do something or buy something - Has India ever put in a bid to host the Olympic Games?

bribe (v): to persuade someone to do something illegal or unethical by giving them money - If you try to bribe English police, they'll arrest you.

democratic (adj): based on the equal sharing of political power and the right to vote - In a democratic country, the general public elects the government.

(the) general public (n): ordinary people who aren't members of powerful groups or privileged classes - The best seats aren't for the general public. They're for VIPs only.

mascot (n): a cartoon-like image or costume that represents a team, an event, etc. - Our team's mascot is a tiger, so we've got lots of tiger costumes.

passionate (adj): having very strong feelings about something - Dad's usually very calm, but he can get quite passionate when he's watching sport.

progress (v): to move to the next stage, level, round, etc. - How many teams will progress to the next round?

renovate (v): to repair and improve something to make it look new or work well again - We're going to buy an old house and renovate it.

runner-up (n): a player or team who finishes in second place in a race or a competition - Our team was the runner-up in last year's tournament.

schedule (v): to plan or arrange for something to happen at a certain time - The meeting has been scheduled for next Monday morning.

spectacle (n): an amazing or exciting sight or event - The opening ceremony at the Beijing Olympics was an amazing spectacle.

shocking (adj): making people feel very surprised or very upset - Did you see those shocking pictures of children in the refugee camp?

unifying (adj): making people feel part of a group, or part of the whole of humanity - Sport is a unifying force that brings together different types of people.