See Wordchecker below for definitions and example sentences of vocabulary highlighted in bold. 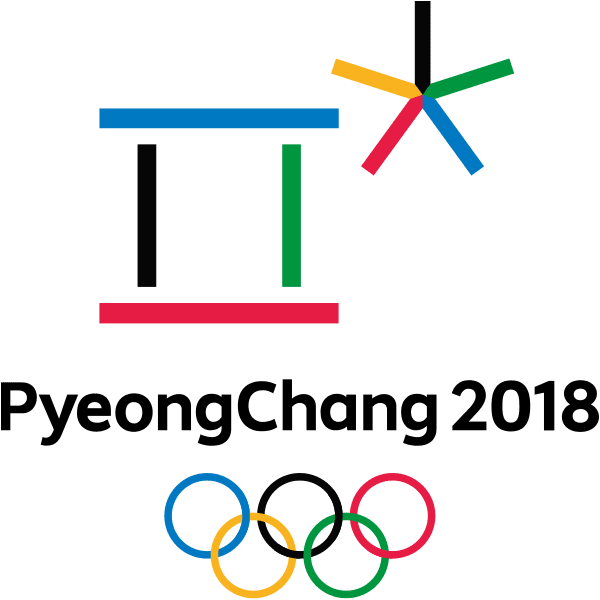 The 2018 PyeongChang Winter Olympics, also called the XXIII Olympic Winter Games, are being held in Pyeongchang County, South Korea, from February 9 to 25. South Korea won the right to host the Games by defeating bids from Germany and France. Around 3,000 athletes from 90 countries are competing in 102 events in the 2018 Winter Olympics, the first Olympic tournament South Korea has hosted since the Summer Olympics were held in Seoul in 1988. 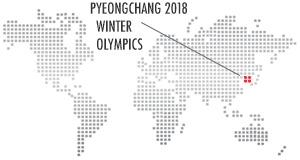 The Winter Olympics have always featured outdoor events for snow sports and sliding sports as well as indoor events for ice sports. Snow sports such as Alpine skiing, cross-country skiing, Nordic combined, biathlon, ski jumping, freestyle and snowboarding are always held on snow-covered mountain slopes, while sliding sports such as bobsleigh, luge and skeleton are held on steep, ice-covered courses on which competitors slide downhill on various kinds of sled. Ice sports are held in special indoor venues, some of which have ice rinks for figure skating, ice hockey and curling competitions, while others have ice-covered tracks for speed skating events. 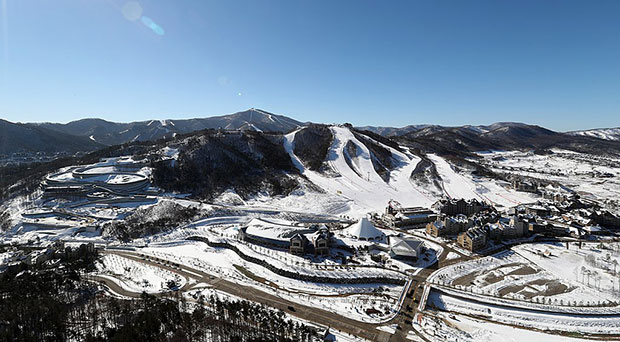 The Alpensia Sliding Centre where bobsleigh, luge and skeleton events are being held. © Korean Culture and Information Service (CC BY-SA 2.0 )

The snow and sliding sports are being held at outdoor venues in or near Alpensia, a mountain resort near the town of Daegwallyeong-myeon in Pyeongchang County. These venues include the spectacular Alpensia Sliding Centre, the Alpensia Ski Jumping Centre, the Alpensia Biathlon Centre and the Alpensia Cross-Country Skiing Centre. Nearby venues include the Jeongseon and Yongpyong Alpine Centres for slalom and other Alpine skiing events, and the Bokwang Snow Park for freestyle and snowboarding. The Pyeongchang Olympic Stadium in which the opening and closing ceremonies are being held is also in this area, as are the media centre and the Olympic Village.

All the venues for ice sports are at the Gangneung Olympic Park in the coastal city of Gangneung. They include special venues for ice hockey and curling as well as a venue for figure skating and speed skating called the Gangneung Ice Arena that cost $85 million to build. This cost, like all venue and infrastructure costs, came from a South Korean government budget of nearly $13 billion.

The Winter Paralympic Games, an Olympic tournament for athletes with a disability, always takes place soon after the Winter Olympics. The 2018 PyeongChang Winter Paralympics are being held from March 9 to 18, with over 550 athletes from 42 nations competing in events for Alpine skiing, cross-country skiing, ice sledge hockey, snowboarding and wheelchair curling. Just like medal winners at the 2018 Winter Olympics, all the medal winners at the 2018 Winter Paralympics will have the honour of receiving their medals at special presentation ceremonies in the Pyeongchang Olympic Stadium.

biathlon (n): a ski race that involves cross-country skiing and shooting at targets - Target shooting is an important component of the biathlon event.

budget (n): the money available for organizing or running something - Our school has an annual budget of around a million dollars.

disability (n): any condition that prevents full or normal use of the body or mind - His disability didn't stop Stephen Hawking from becoming a great scientist.

event (n): a particular contest in a sporting programme - Figure skating events are always among the most popular events.

ice rink (n) (also "ice-skating rink"): a large flat area of ice, or a building containing this - There's an ice rink and a bowling alley on the top floor of the mall.

media centre (n): a place with facilities for reporters and others who work for the media - Our media centre has state-of-the-art telecommunications equipment.

Nordic (n): cross-country racing, jumping and biathlon skiing events - Shall we get tickets for the Nordic events?

slalom (n): a downhill skiing event with many sharp turns - The slalom events are really exciting.

sled (n) (also "sledge" or "sleigh"): something you can sit or lie on that slides over snow or ice - Arctic explorers transported all of their supplies on sleds.

slide (v): to move smoothly over a wet or slippery surface - The kids were sliding down a grassy slope in old cardboard boxes.

slope (n): the side of a hill or mountain down which you can ski or sled - The steeper a slope is, the faster you can go.

steep (adj): rising or falling quickly, of a slope, path, mountain road, etc. - The path to the top of this hill is really steep.

venue (n): the place where a sporting or cultural event is held - Are you sure this venue will be big enough for our concert?