This page covers the vocabulary of the Summer Olympics by looking at its background, events and people.

The first Summer Olympics was held in Athens in 1896, and it featured nine sports for men only; athletics, cycling, fencing, gymnastics, shooting, swimming, tennis, weightlifting and wrestling.

At the next Summer Olympics in Paris in 1900, the number of sports was increased to nineteen, with women's events in golf and tennis.

Since then the number of sports has increased to twenty-eight, including:

with women's events in all of them. 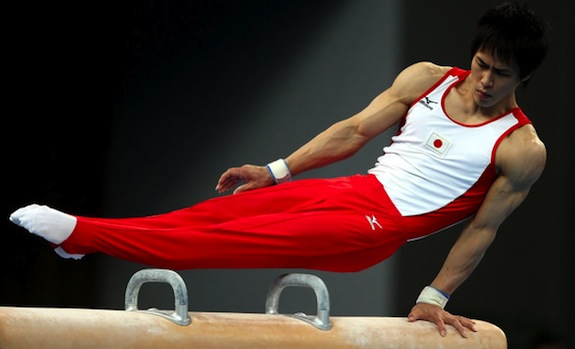 To be considered for inclusion in the Summer Olympics, a sport must be widely played in at least 75 countries on at least four continents. The list of featured sports often changes, with IOC members regularly voting on whether to include or exclude particular sports. The only sports to have been included in every Summer Olympics are athletics, cycling, fencing, gymnastics and swimming. Some sports, like lacrosse and polo, were included just a few times early last century, and others like croquet and cricket were included just once. Baseball and softball were included fairly recently but then excluded again, while golf and rugby are being included again in 2016 for the first time in many years. Several other sports, like karate and squash, have never been included despite strong lobbying over many years.

Most Olympic sports are well-known and well-understood, but some of the less well-known are the "combined events" that include several activities in one sport, such as the men's decathlon and the women's heptathlon. In the decathlon, men compete in ten different track and field events, while in the heptathlon women compete in seven events. Both sports include running, throwing and jumping events, and both are held over two days. Competitors earn points in each event, and medals are won by those earning the highest total number of points. Another "combined event" is the modern pentathlon which originated as a test of skills needed by 19th-century European soldiers, and includes fencing, shooting, swimming, running, and show jumping. Another is the triathlon, which combines a 1.5km swim, a 40km bicycle ride and a 10km run into one continuous race. Unlike other combined events in which points are scored, the triathlon is a race to the finish, with competitors completing each stage as quickly as they can.

Equestrian sports are also among the less well-known Olympic sports. They are the only ones in which animals are used, with competitors riding horses in one of three events; dressage, show jumping and eventing. Dressage is a test of training in which horses and riders are judged as they perform a series of set movements, while show jumping involves horses and riders jumping a series of fences and water hazards on a winding course. Eventing is a combined event that includes dressage, show jumping and cross-country riding. All the equestrian sports feature both individual and team events, and they are among the few sporting events in which men and women can compete as equals.

inclusion(noun): the act of including something or someone into a group, a list, an event, etc. - With the inclusion of golf and rugby, the number of sports increased to twenty-eight.

equestrian (adj): related to riding horses - My daughter loves horses, so she wants to see the equestrian events.

fencing (noun): the sport of fighting with a long thin sword - Fencing is still quite popular in some parts of Europe.

pentathlon (noun): an event that combines competitions in five different sports - Can you remember which sports are included in the pentathlon?

triathlon (noun): an event that combines competitions in three different sports - You have to be very fit to complete a triathlon.

dressage (noun): a set of controlled movements that a horse and rider perform - It must take a long time to train a horse for dressage.

show jumping (noun): a sport in which a horse and rider jump over obstacles - Show jumping looks like fun, but jumping those fences must be dangerous.