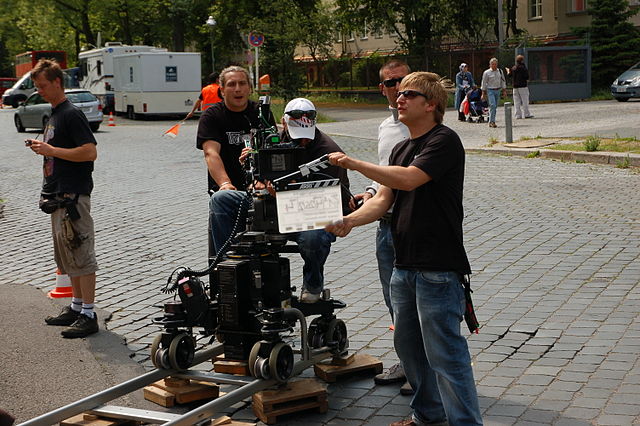 One of the most popular ways of relaxing at the end of each day is to watch television. We can watch the news or a show about current affairs, a sitcom or a reality TV show, or we can watch our favourite sports or a movie. But the kind of show that many people enjoy watching the most is called a series. This is the kind of show that tells a story over many episodes, like Game of Thrones and The Walking Dead.

When television was first broadcast in the 1950s it was free-to-air, so anyone who had a TV could watch. They could watch public television on a state-owned channel like the BBC or PBS, or they could watch commercial television on a privately-owned channel that showed commercials during the shows. To find out which TV shows each channel was broadcasting, viewers had to check the TV schedule in a newspaper. In most countries, there were only four or five channels to choose from, but in the 1980s more channels became available when cable TV was launched. This meant viewers could pay to have a cable connected to their home that brought lots of new channels. These included sports channels like ESPN, news channels like CNN, and also channels like HBO that showed movies and TV series.

We can still watch free-to-air or cable TV, but now we can also buy boxed sets containing all the episodes of a TV series, or we can pay to have a series streamed via the Internet. Before boxed sets and streaming TV, we'd often have to wait a whole week for the next episode of a series to be shown, but now we can watch episodes at any time. We can even watch a whole season, or a whole series, in one or two days if we want to. For learners of English, watching a series like Breaking Bad or Downton Abbey is not only great entertainment, it's also a great way to improve your English.

If you'd like to watch a TV series in English, checkout out our Recommended TV Series.

BBC (noun): British Broadcasting Corporation, a public broadcaster of radio and television programs in the UK. - The BBC has some really interesting current affairs shows.

boxed set (also "box set") (noun): a collection of TV series episodes, music albums or movies on a set of DVD or Blu-ray discs - I just bought a boxed set of the first five seasons of Doctor Who!

broadcast (verb): to send television or radio signals over the air - Most television stations didn't broadcast in colour until the 1960s.

cable TV(noun): television channels that paying customers receive via coaxial or fibre-optic cable - When we first got cable TV in 1983, we watched lots of music videos on MTV.

channel (noun): a public or private broadcaster of TV shows - Let's change the channel and watch something else.

commercial (noun): an advertisement on television or radio - If a TV channel shows too many commercials, not many people will watch it.

current affairs (noun): political, economic and social events that are current, or happening now - We usually watch a current affairs show after the nightly news.

episode (noun): one part of a TV series, usually 30 to 60 minutes long - How many episodes are there in the first season of Game of Thrones?

free-to-air (adjective): can be watched for free by anyone with a television set - Before cable television appeared, all television broadcasts were free-to-air.

PBS (noun): Public Broadcasting Service, a public broadcaster of radio and television programs in the U.S.A. - Did you watch that show about Martin Luther King on PBS last night?

reality TV (noun): a form of television in which members of the public are shown in competitive situations - Some of the most famous reality TV shows include Big Brother, The Voice and Survivor.

season (noun): a set of related episodes shown over one single period of weeks or months - Did you think the second season of Downton Abbey was as good as the first season?

series (noun) a television show that tells a story over many episodes or seasons - The best series I've seen recently is called Top of the Lake.

show (noun): a programme on television or radio - Did you watch that show on the BBC last night about the history of India?

sitcom (or "situation comedy") (noun): a TV series about a group of people who keep getting into comical situations - Julie's all-time favourite sitcoms are The Big Bang Theory and Modern Family.

the news (noun): a television or radio broadcast with the latest news and current events - When I was a kid, we watched the news on Channel 2 every night at 7 o'clock.

Video: On the making of FX "mockumentary" series What We Do in the Shadows (click CC for high-quality English subtitles)

Video: Trailer for HBO series The Wire, often described as the greatest series ever made (click CC for auto-generated English captions)

Video: Watch Birth of a Language, the first episode of The Adventure of English documentary series (click CC for auto-generated English captions)