Time Zones of the USA

Like all time zones worldwide, the time zones for the USA are based on UTC (Coordinated Universal Time, formerly GMT, Greenwich Mean Time - originally based on London, UK).

The United States observes 9 time zones as below:

The time zone on the east coast is called Eastern Time (ET), divided into:

Other US time zones follow the same format; and moving westward, each time zone adds an additional 1-hour offset. 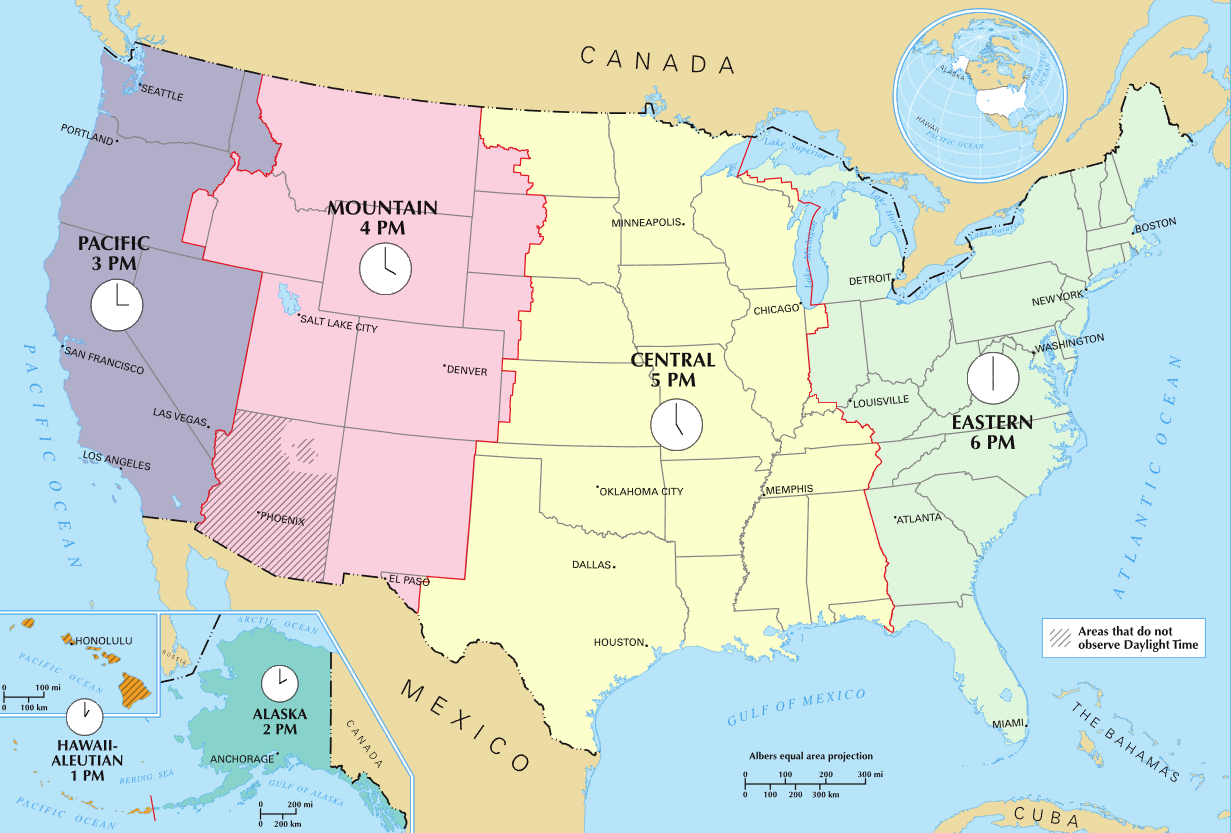 Time zones in the contiguous USA

Spring Forward, Fall Back
This mnemonic reminds us that in the spring the clocks move forwards and in the autumn (also called "fall" in US English) they move backwards.

Time zones in states beyond the contiguous USA

Time zones in US territories

In addition to the six time zones above, the USA observes three time zones in US territories:

GMT (abbreviation): Greenwich Mean Time is the standard time in the UK based on the London borough of Greenwich