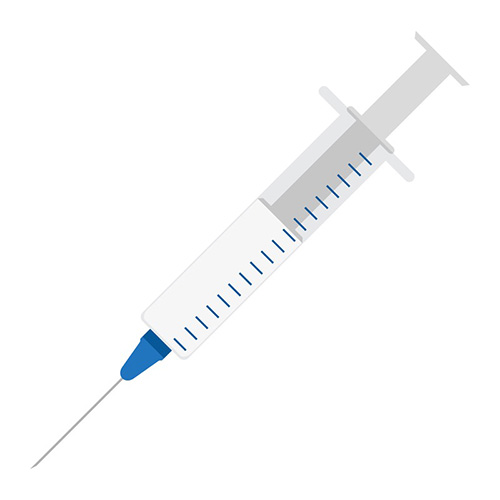 Men go mad in herds and recover one by one

primum nil nocere | above all, do no harm

This glossary of terms related to vaccines, including Covid-19 vaccines, is intended for learners of English though it may be of interest to a wider audience.

What is a vaccine?

A vaccine is a product that protects you from a particular dangerous disease. Unlike most medicines that treat a disease after you get sick, a real vaccine stops you from getting sick in the first place.

Each of the following terms, listed in alphabetical order, has 1) a basic definition and 2) an example sentence showing how the term may be used in context.

active immunity (noun): immunity resulting from production of antibodies by the immune system in response to an actual disease (natural immunity) or to a vaccine (vaccine-induced immunity). See passive immunity - According to the CDC, "active immunity is long-lasting, and sometimes life-long."

adjuvant (noun): an ingredient that is sometimes added to a vaccine to trigger a stronger immune response and increase the vaccine's effectiveness - The word adjuvant is derived from the Latin meaning to help.

adverse event (noun): any health problem that happens after vaccination. A reported adverse event is followed up by experts to determine whether it was linked to the vaccine or purely coincidental. See side effect - In the USA vaccinated people or their doctors can report any adverse event online through VAERS.

Different countries have different systems for reporting and monitoring Covid-19 vaccine adverse events and side effects (everything from sore arm to sudden death). You can try the following links to report Covid-19 bad outcomes in the following blocs:

For other parts of the world please search "report covid vaccine side effect" (or similar) within your own country.

antibody/antibodies (noun): a blood protein produced in response to and attacking a specific antigen - Antibodies in your blood are generated by your body’s immune system soon after you have been infected or vaccinated.

antigen (noun): part of a pathogen that triggers an immune response in the body, including the production of antibodies - Antigens are like warning signs carried by pathogens to alert your immune system to an attack.

approved (noun): an official designation in the USA and other countries meaning that a vaccine has been determined to provide benefits outweighing its known and potential risks and can be marketed for the public. See emergency use authorization - Newspapers often say that a vaccine has been approved when they really mean it has only received emergency use authorization.

breakthrough case (noun): a bizarre situation where a fully-vaccinated person gets the disease they were vaccinated for and should normally be immune to. - In extreme breakthrough cases patients can be hospitalized or die.

clinical trials (noun): a kind of research that studies new drugs (including vaccines) and their safety and efficacy, first in animals and later in people. Typically there are four phases of clinical trials, each phase studying a larger group than the preceding phase. Official approval for production and marketing is usually granted at the end of Phase 3 - Historically, vaccine development and clinical trials can take 10-15 years.

coincidental (adjective): happening by chance, with no causal link - When four pilots died after vaccination, the airline reassured the public that the deaths were coincidental and there was no link between them.

Covid-19 (noun): official name for the novel coronavirus disease that emerged in Wuhan, China in 2019. COViD-19 = COronaVIrus Disease-2019 - All countries are requested to report any new confirmed case of Covid-19 within 48 hours.

dose (noun): a quantity of a drug or vaccine taken or recommended to be taken at one time - The nurse gave me my first dose of vaccine yesterday and asked me to come back in ten weeks for the second dose.

herd immunity, community immunity (noun): protection from an infectious disease when enough people have become immune (for example 70% of a population, though this percentage varies per disease) - Herd immunity may be achieved through previous infection or sometimes through vaccination. In the case of covid-19, according to Prof. Sir Andrew Pollard, Director of the Oxford Vaccine Group, herd immunity by vaccination is not possible because it still infects vaccinated individuals.

iatrogenic (adjective): relating to illness or death caused by medical intervention - Vaccines may cause side effects leading to iatrogenic disease and death.

immunity 1 (noun): the state of being protected from a disease, either by the body's natural immune system or as a result of vaccination - Since someone who has recovered from Covid-19 already has natural immunity, do they need to be vaccinated too?

immunity 2 (noun): protection or exemption from the Law, usually granted by government - According to CNBC, companies have immunity from liability if someone dies from their vaccines. In some jurisdictions staff administering or arranging a vaccination may not enjoy immunity from criminal liability, especially if informed consent has not been properly obtained.

immunization (noun): the process of receiving a vaccine and becoming immune to a disease as a result - Scientists are not yet confident that mass immunization will work.

immunology (noun): the branch of medicine/biology concerned with the ability of living things to resist infections or toxins through antibodies or sensitized white blood cells - Most general practitioners know little about the very specialized field of immunology and even less about vaccinology.

inject (verb): to introduce a fluid (vaccine or medicine) into the body using a syringe - I asked the nurse to inject the vaccine in my right arm because I'm left-handed.

injection (noun): the act of injecting - She was told to come back for a second injection the following month.

in vivo testing | animal testing (noun): studying the effects of vaccines on live animals during vaccine clinical trials - Although animals do not necessarily die during animal testing, they are usually destroyed at the end.

jab (noun, British informal): hypodermic or intramuscular injection, especially a vaccination. See shot - Now I have to wait a few more weeks for my second jab.

leaky vaccine (noun): unlike a "perfect vaccine", a leaky vaccine does not completely prevent infection or transmission, and its effectiveness may not last for long - Most Covid-19 vaccines are leaky whereas chickenpox vaccine, for example, is very close to perfect and almost always prevents infection.

liability (noun): the state of being legally responsible for something - Pharmaceutical companies' liability for injury resulting from vaccination is a matter of state and national law.

negative vaccine effectiveness (noun): a situation in which a vaccine makes infection more likely instead of less likely - At a certain point UK government data confirmed negative effectiveness for the Covid-19 vaccines in triple- and double-vaccinated people.

pathogen (noun): a microorganism that can cause disease - The four most common types of pathogens are viruses, bacteria, fungi and parasites.

preventable disease (noun): any disease that need not happen if normal precautions are taken, for example obesity - Every year over 3 million children under the age of 5 die from hunger—which may be considered a preventable disease.

shot (noun, informal): an injection of a drug or vaccine. See jab - Why do I need four shots for covid when I only had one shot for polio?

side effect (noun): a (usually mild) health problem that happens after vaccination and that is known to be caused by the vaccine. Usually, side effects do not last long. See adverse event - If you have a headache it's probably just a side effect of the vaccine you had and it should go soon.

under duress (adverbial): if you do something under duress you do it without your consent and because you have been forced or coerced in some way, whether physically or emotionally. - Some people add "under duress" when signing an informed consent form for vaccination in the belief that this will render the nurse, doctor, employer, headteacher etc personally and criminally liable in the event of harm.

vaccination (noun): the act of introducing a vaccine to the body, usually by injection and sometimes by mouth or by nose spray - They asked us to sit down and wait for thirty minutes after vaccination in case of any side effects.

vaccine (noun): a substance that stimulates the production of antibodies in the body and creates immunity against one or more diseases - Can we really call the Covid shots genuine vaccines if they don't create immunity on the first shot, or even after three or four?

vaccine acquired immunodeficiency syndrome (VAIDS) (noun): an abnormal depletion of a person's natural immune systems following and attributable to vaccination; immuno-erosion linked to vaccination. - WHO and the European Medicines Agency have warned of the dangers of repeated boosters and a kind of VAIDS.

vaccine effectiveness (noun): after clinical trials, when a vaccine is used in real life, the probability that the vaccine confers immunity in a population under routine vaccination circumstances - In the real world vaccine effectiveness may be influenced by local factors.

vaccine hesitancy (noun): reluctance by a person to be vaccinated based on suspicion or conviction that vaccines are wrong, inappropriate, unhealthy and/or dangerous in the short term or long term - What strategies can help overcome covid-19 vaccine hesitancy?

vaccine passport (noun): as proposed by some jurisdictions, a document or electronic app showing that a person has received a Covid-19 vaccine. Some people advocate for a Chinese-style social credit system. At the other extreme the idea has been completely banned, as in Texas USA - It seems that "vaccine passport" means different things to different people.

vaccine safety (noun): the degree to which a vaccine is harmless (as tested and monitored routinely throughout the development and use of all vaccines) - WHO state clearly that vaccine safety is one of their highest priorities. | We all agree that there remain many open, unanswered questions surrounding the...safety of covid-19 vaccines that must be answered...

vaccine types (noun): there are three main kinds of actual Covid-19 vaccines plus experimental gene therapies in use:

VAERS (abbreviation)
Vaccine Adverse Event Reporting System (proper noun): in the USA, a national vaccine safety monitoring system that collects reports of adverse events following vaccination, including for Covid-19 - In the USA, if you have had an adverse reaction to any recent vaccination you can report it online through VAERS, or check your own country for a similar system.

vaccinology (noun): a comparatively new and small subset of the very specialized field of immunology dealing with man's attempt to augment natural immunity through vaccines - One of the first students of vaccinology was the English surgeon John Ring.

vial (noun): a very small glass bottle for holding medicine or vaccine - Depending in the vaccine and manufacturer each vial may hold approximately five to ten doses.

virus (noun): a microorganism smaller than a bacterium, too small to be seen with a light microscope, that causes infectious disease in animals and humans - Like all diseases caused by viruses, the common cold cannot be cured with antibiotics. 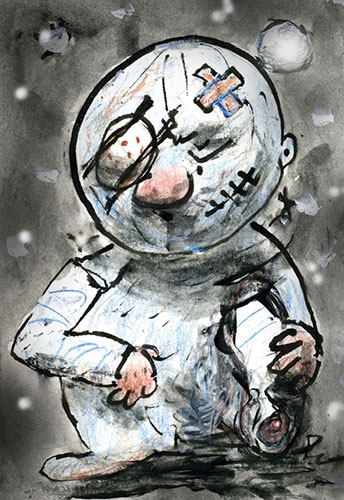 Nobody has the right to obey'