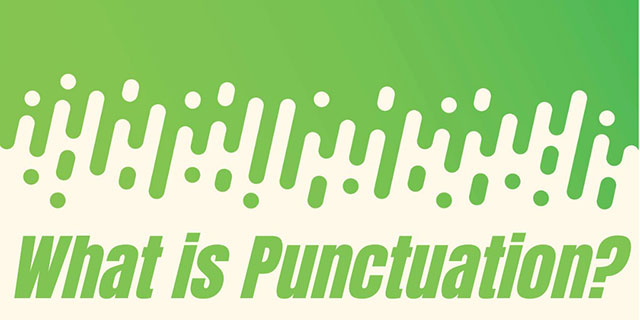 Punctuation is the system of symbols that we use to separate written sentences and parts of sentences, and to make their meaning clear. Each symbol is called a "punctuation mark".

All writing is a representation of the spoken word (not vice versa). To a large extent, punctuation mimics certain non-verbal elements of speech such as pauses, intonation and volume, all of which convey meaning. In general, punctuation helps to establish the structure and logic of the written word. Without punctuation, much writing would be open to multiple interpretations.

The importance of and rules of punctuation vary from language to language. In English, punctuation is essential to allow the reader to understand the writer's meaning.

Which of these do you think was the writer's real intention?

An English teacher wrote the following words on the board:

woman without her man is nothing

The teacher then asked the students to punctuate the words correctly. The men wrote the top (blue) line. The women wrote the bottom (pink) line.