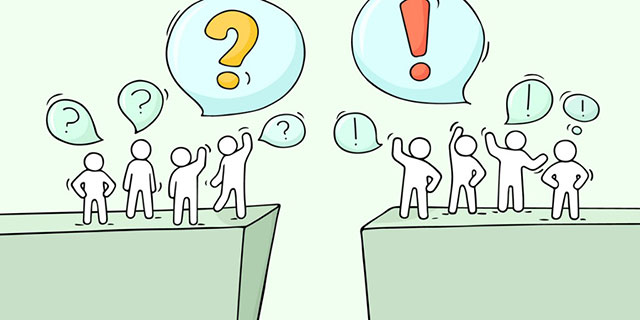 Punctuation is the system of symbols that we use to separate written sentences and parts of sentences, and to make their meaning clear. Each symbol is called a "punctuation mark".

Although there are general rules for English punctuation, there can be differences of style. For example, some people don't put a full stop (period) after abbreviations (Dr, Ltd); others do (Dr., Ltd.). Some people don't use an apostrophe in the plural form of dates (1990s); others do (1990's). Some prefer single quotation marks ('example') rather than double quotation marks ("example").

These differences in punctuation style can be found between:

The above differences are shown as guidelines only, and are not always observed. The most important thing in any single work (be it examination essay, business report, newspaper or book) is to choose one style and be consistent throughout.

Anyone seeking guidance at an advanced level is recommended to consult a style guide (often included in good dictionaries) for their particular variety of English or editorial style. Style guides for newspapers and other publications are often available on the Internet and may be found by searching for "[name of publication] style guide" or similar.