Referential words like above/below, preceding/following and overleaf describe location within a document and offer guidance for the reader. These words have no real meaning within the text, but indicate to the reader other parts of the text. Some words (above, following) are often used in informal and formal texts. Other words (aforementioned, hereinafter) are used mainly in very formal texts, for example legal documents.

Below are the dictionary definitions of the basic words above, with examples:

above: mentioned earlier or further up on the same page

below: mentioned further down on the same page, or further on in the text

preceding: what precedes or comes earlier

following: what follows or comes next; about to be mentioned

previous: what precedes or comes earlier

next: what comes after the current words or passage

overleaf: on the other side of the page or sheet

continued/cont'd: the text continues. We write continued at the foot of a page to show that the text carries on, usually though not necessarily on the next page or screen.

PTO: abbreviation for Please Turn Over [British English]. We write PTO at the foot of a page to show that the text continues on the other side.

The following diagrams illustrate the use of the above words, and are accompanied by examples in context.

It's worth remembering that usage of these words developed in a world of print, when people read text on paper in books, magazines and newspapers. Today, in a digital age where we also read text on computer screens, tablets and mobiles, some words may be used misleadingly. There is no "overleaf" on a digital screen. An illustration that appears "opposite" on a computer may well appear "above" or "below" on a phone. 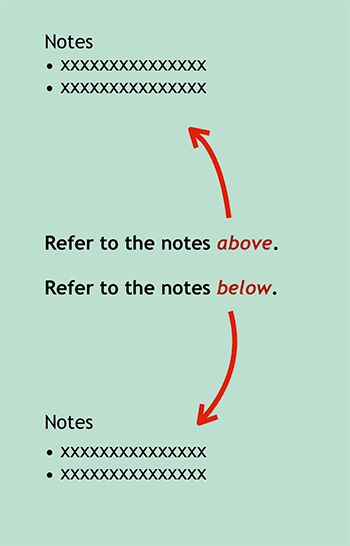 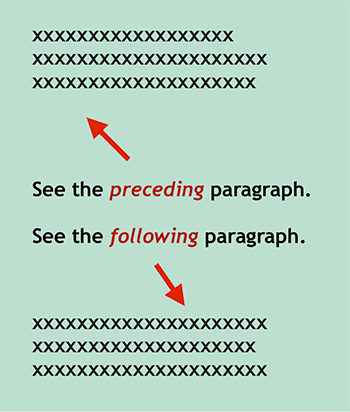 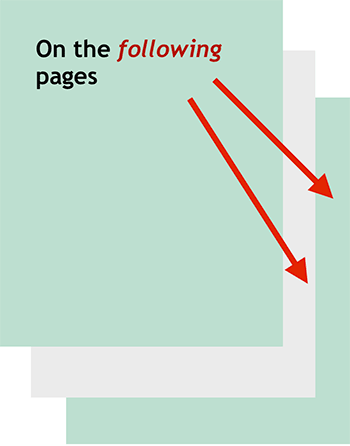 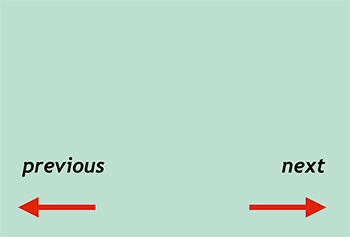 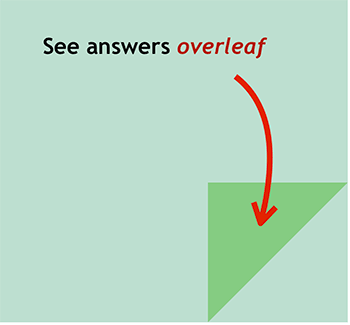 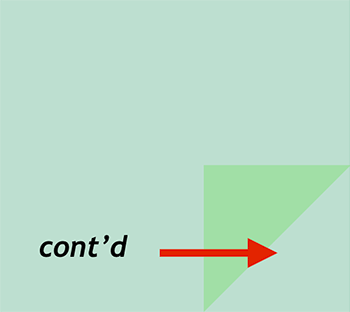 The word continued, or the abbreviation cont'd, may be written at the end of a text to indicate that the text carries on, usually on the next page. 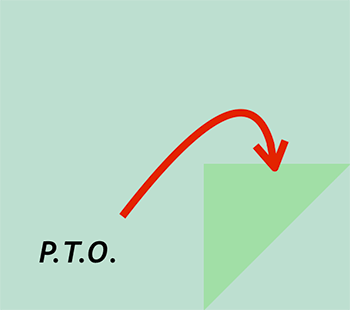 The abbreviation PTO or P.T.O. (for "Please Turn Over") may be written at the end of a page to show that the text continues on the other side. [British English]

Another word that describes location on a page is opposite, meaning "on the other side from the current location". Look at the illustration and example sentences. This word must be used with care in digital documents such as websites and ebooks. What is "opposite" on a large screen could well be "below" on a smaller screen. 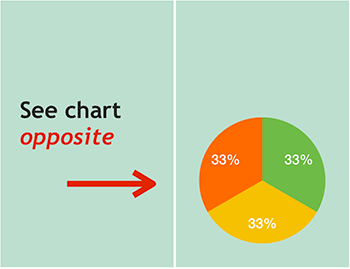 In general, we can refer to the corners and sides of a paper page (and sometimes a digital page) with:

We can combine these words to make very specific locations, for example top left or bottom right. The illustration below shows nine common reference points on a page. 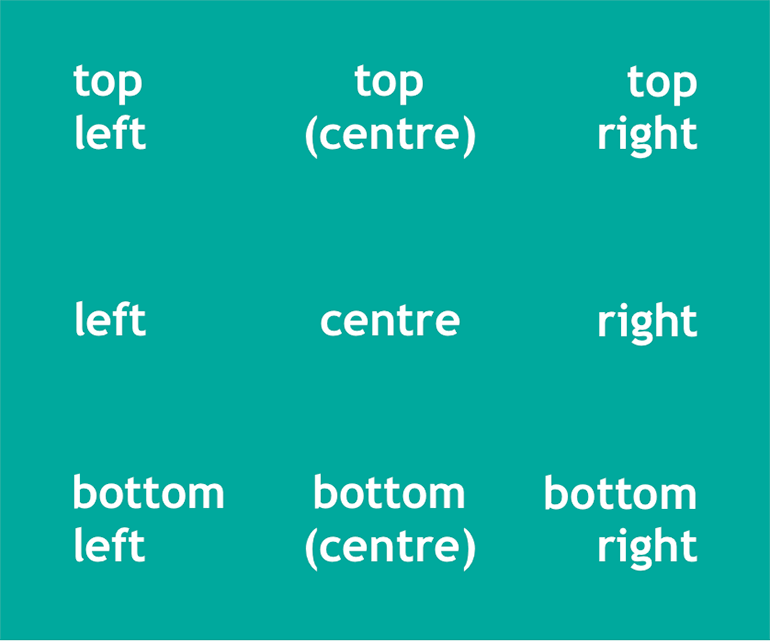