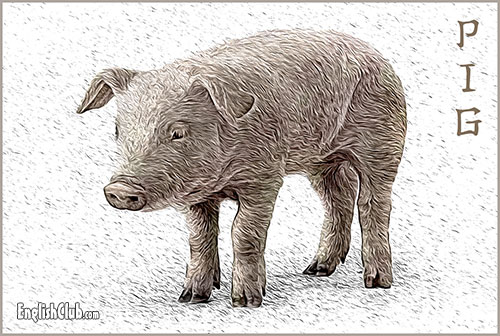 Compatible with:
Dragon and Rabbit

The Pig, also referred to as the Boar, is the final animal in the Chinese zodiac. People who are born in the Year of the Pig are carefree. They enjoy life to the fullest. Pigs always give more than they take. Unlike their symbolic characteristic in Western society, the Pig is considered modest and generous in China. Pigs adore nature and work hard to protect it. They don’t judge people. Instead, they believe people are good, and they give everyone the benefit of the doubt. Pigs don’t take help from others. It’s best not to give a Pig advice either. Pigs typically work in jobs where they can remain behind the scenes. They can be shy at first, but they are happy to build lifelong friendships.

Wordchecker
carefree (adjective): does not hold a lot of stress; love to have fun
gullible (adjective): will believe anything; trusts others too much
modest (adjective): expresses moderate belief in one’s own abilities
adore (verb): to love strongly
the benefit of the doubt (noun): the belief that a person is good or honest